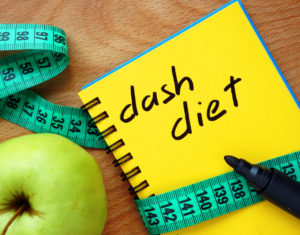 In 1997, the DASH Diet was published in the New England Journal of Medicine entitled “A Clinical Trial of the Effects of Dietary Patterns on Blood Pressure.”

This trial was called the Dietary Approaches to Stop Hypertension (DASH). This study showed that “A diet rich in fruits, vegetables, and low-fat dairy foods and with reduced saturated and total fat can substantially lower blood pressure. This diet offers an additional nutritional approach to preventing and treating hypertension.”

2/3s of the study population were racial or ethnic minority. Patients were excluded if they had any of the following:

There were 3 phases: screening, run-in, and intervention

There were 5 enrollment groups. The last four of the five groups (everyone except the first group) used a 24-hour ambulatory blood pressure monitor for assessing blood pressure.

The sodium content was around 3 grams in each of the 3 groups.

All food was prepped in one of the research facilities kitchens. During the week, the participants ate either lunch or dinner at the research facility. At that point, they received a cooler containing their other meals for the day to be eaten elsewhere. They ate all of their weekend meals off site and received all of their weekend food on the preceding Friday. They were limited to 2 alcoholic 3 caffeinated beverages daily. They could also use up to 0.4g of sodium (provided in 2 packets) daily. Their weight was kept stable by adjusting their caloric intake. 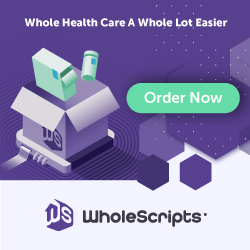