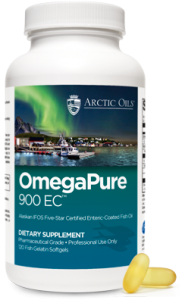 At the same time as the media increases consumer awareness of the importance of fish oils, manufacturers face the challenge of eliminating heavy metals and polychlorinated biphenyls (PCBs). The industry-leading technologies used in the preparation of the fish oils surpass the standards for environmental pollutants, including dioxins, PCBs, pesticides, and heavy metals such as mercury.

Processing a fish oil formula begins with rigorous care and control of the starting raw materials (non-GMO sardines, mackerel, anchovies) to assure optimum oil quality. The oils are distilled in a controlled, pristine vacuum environment to minimize distillation temperatures. The exposure time, even to these lower distillation temperatures, is tightly controlled and uniform, resulting in levels of impurities well below the industry standards. The technology employed for OmegaPure 600 meets special molecular distillation standards. As this oil is a concentrated source of omega-3 fatty acids, our manufacturer goes above and beyond the traditional purification methods to ensure its safety. This is accomplished by:

» Ensuring consistency in contaminant removal, and therefore purity levels, through uniform processing times » Reducing the evaporation stage to half the time of traditional systems to drive down the oxidative risk

The proprietary technologies used in the manufacture of OmegaPure oils are in accordance with pharmaceutical standards that assure safe, consistent fish oils. Furthermore, Revolution Health & Wellness requires regular third-party testing to verify that OmegaPure oils meet the stringent standards we use for freshness, quality, and purity.[1]

Despite aggressive marketing claims to the contrary, a recent publication by Oelrich et al reported that, of the three formulations tested, there was no significant difference in the effect on triglycerides.[2] The active therapy of the three fish oil supplementation arms was 4 g/day of combined EPA and DHA provided as: a) 90% triglyceride (TG) formulation (TG90), b) 60% TG formulation (TG60), or c) ethyl esters (EE) (i.e., 0% TG). Furthermore, omega-3 fish oils provided in an ethyl ester formulation tended to have a lower impact on increasing LDL-cholesterol levels compared to omega-3 fish oils delivered in the triglyceride formulation.* 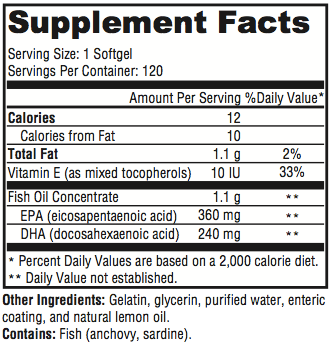 Take 1-2 capsules one to three times daily. We generally guide the dosing recommendations based on lab evaluation of your Omega-3 Index.