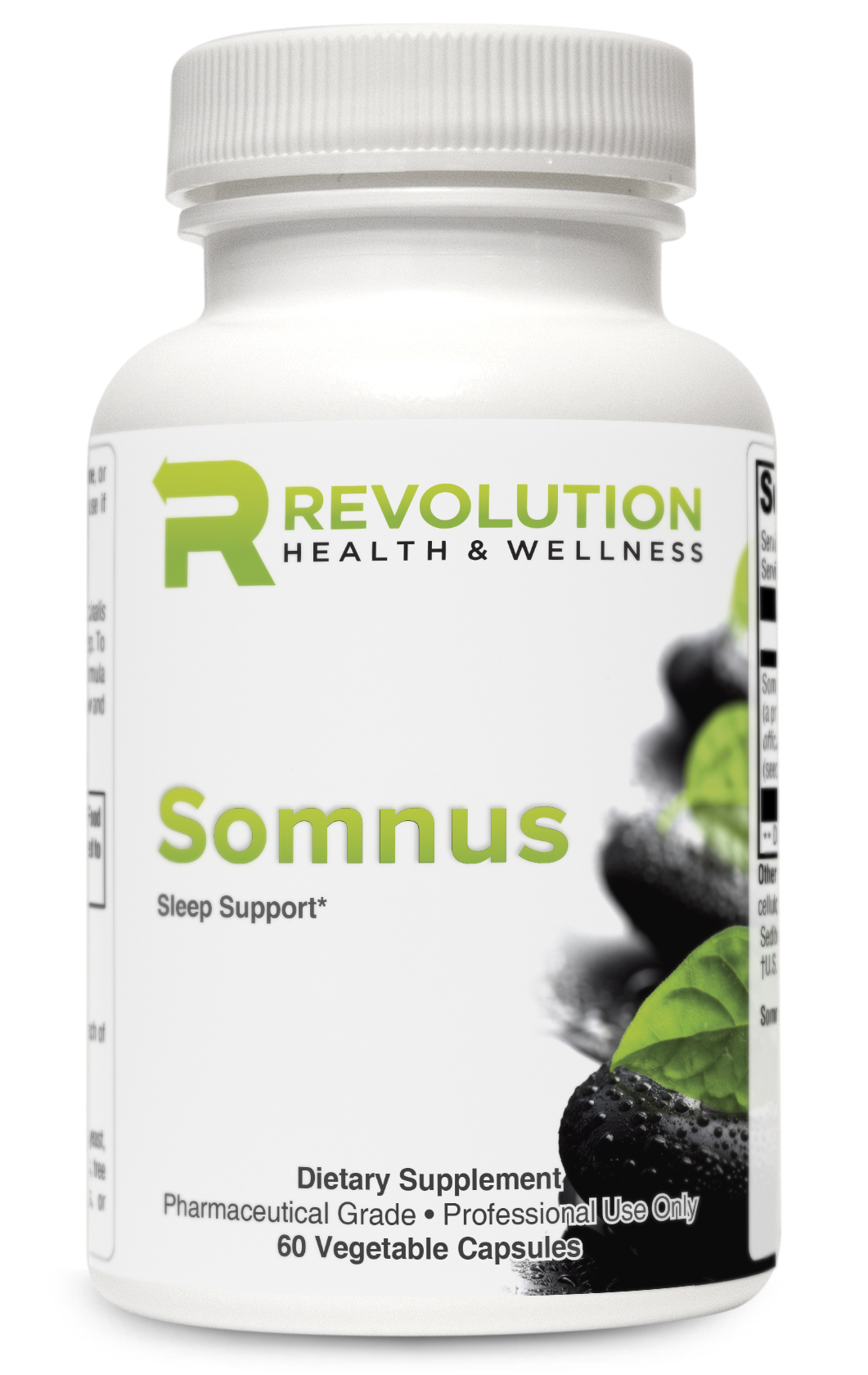 Human Studies A Home Use Test (HUT) performed in 2005 among a target group of 61 men and women using Somnus for two weeks yielded very positive results. Seventy-four percent of respondents used the product according to the directions: Take seven or more capsules during the two-week test period. Of these respondents,

An open-label, single-center, observational survey that included 295 people (ages 18-87) with sleep difficulties was performed to obtain a subjective evaluation of the tolerability and effectiveness of Somnus. Self-reported sleep difficulties included problems falling asleep, multiple wakings, and next-day tiredness due to a lack of sleep. Patients taking at least one 365 mg capsule of Somnus one hour before going to bed every night for at least two weeks experienced the following:

»  82.8% said Somnus was effective in reducing fatigue due to

Somnus (known as SEDITOL®) is a blend of a patented extract of Magnolia officinalis bark and a proprietary extract of Ziziphus spinosa seed. These herbs have been traditionally used in Asia for qì stagnation, for mild anxiety and nervousness, and to support normal, uninterrupted sleep.

Magnolia officinalis Magnolia bark is rich in a biphenol compound called honokiol and its isomer magnolol. In experimental animal studies, these compounds have been shown to enhance the activity of gamma-aminobutyric acid (GABA) A receptors and GABA binding, which may help the body cope with the neurologic effects emotions can have on behavior and well-being. Honokiol, administered by intraperitoneal injection in mice, was shown to promote NREM (non-rapid eye movement) sleep by modulating the benzodiazepine site of the GABA (A) receptor. And, in an experimental animal model of chronic mild stress, a mixture of honokiol and magnolol supported normal levels of 5-hydroxytryptamine (5-HT) and its metabolite 5-hydroxyindoleacetic acid (5-HIAA) in various brain regions. The combination also promoted healthy corticosterone levels and platelet adenylyl cyclase (AC) activity. Researchers suggest that these findings provide a basis for further study into the influence of magnolol and honokiol on the serotonergic system, the HPA (hypothalamic-pituitary-adrenal) axis, and the AC-cAMP pathway in relation to mood and emotional behavior.

Ziziphus spinosa A primary use of Z spinosa seeds in Traditional Chinese Medicine is to support calmness and help individuals with occasional sleeplessness. In an experimental animal model, saponins and flavonoids extracted from the seeds showed a significant relaxing effect and helped prolong sleeping time. To investigate potential mechanisms, researchers tested the influence of spinosin—a flavonoid derived from ziziphus seeds—on pentobarbital-induced sleep in mice. They concluded that it potentiated sleep via a serotonergic mechanism.

Koetter et al studied the interactions of magnolia and ziziphus extracts with selected central nervous system receptors in a series of assays. Interactions with the adenosine A1 receptor, dopamine transporter and dopamine D5 receptor (antagonist activity), serotonin receptors (5-HT1B and 5-HT6 antagonist activity), and the GABA benzodiazepine receptor were demonstrated. It is suggested that these findings provide some insight into the combined activity of these extracts. 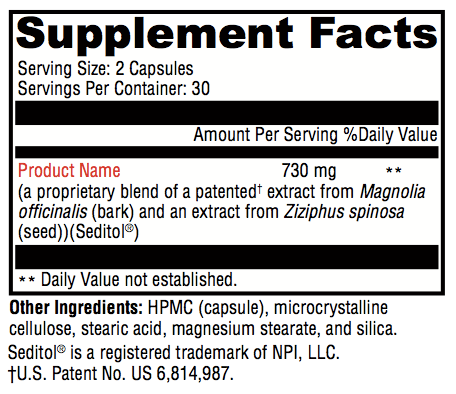 Take one to two capsules before bedtime, or as directed by your healthcare practitioner. Do not use if tamper seal is damaged.